Written by Emily on March 27

USA Today gave a summer movie preview earlier today. Captain America: Civil War was mentioned and they released a new production still of Steve and Bucky. Check it out in the gallery! 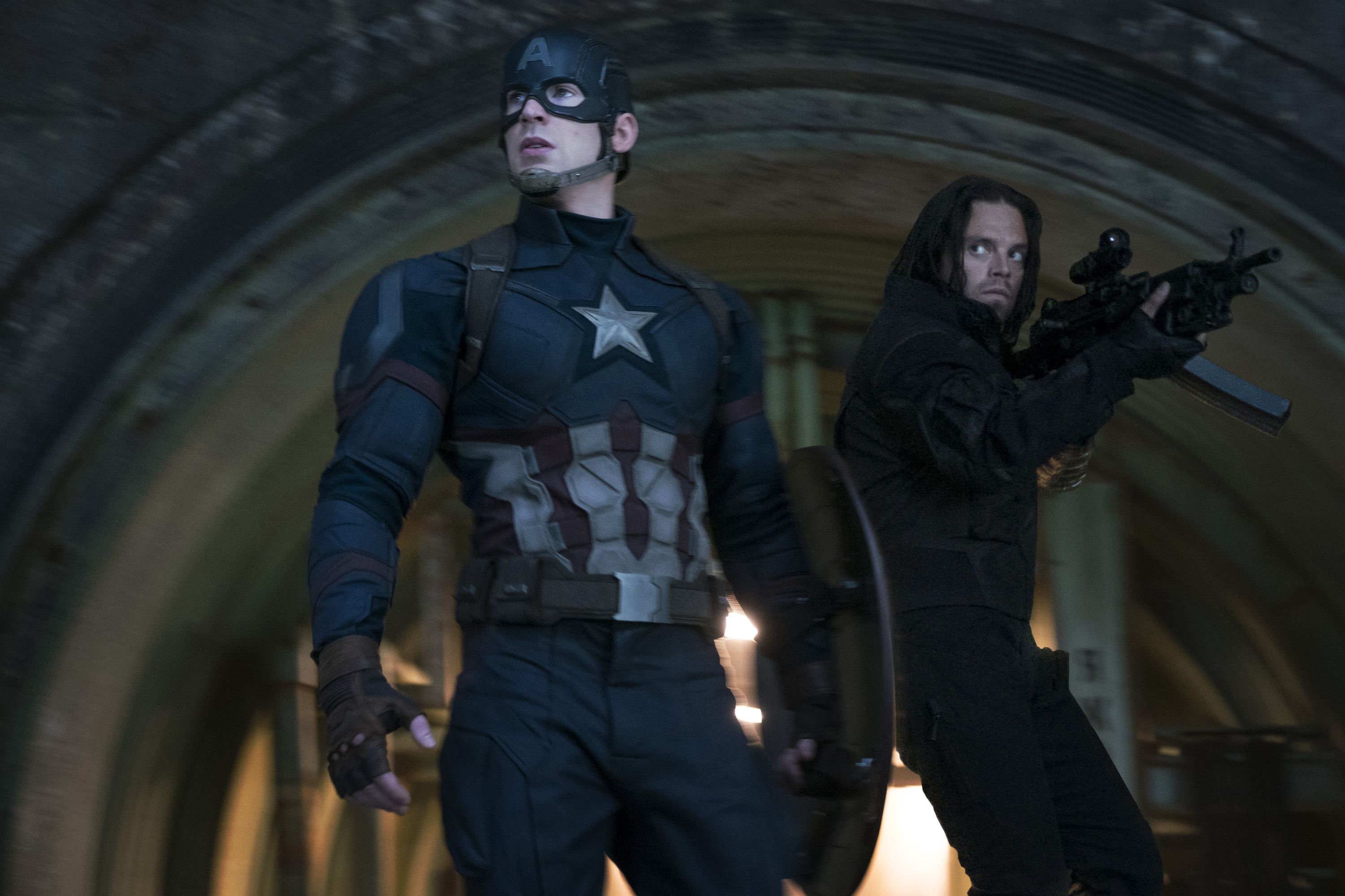 Steve Rogers (Chris Evans) and Bucky Barnes (Sebastian Stan) were childhood friends when they joined the Army in World War II, but they became enemies in modern times after Steve spent 70 years encased in ice as Captain America and Bucky was turned into the brainwashed assassin Winter Soldier. Now, with Iron Man (Robert Downey Jr.) and the government after them, they’re the only family they’ve got. “Bucky was always looking out for him when Steve was a smaller weak kid who needed direction and guidance,” Stan says. “Steve’s become the caretaking parent and Bucky is more of an unstable child now — someone who’s really struggling to have more of a sense of identity and is totally lost and confused with who he is.”