Entertainment Weekly has released new production stills along with a behind the scenes photos from Gifted. I have updated the gallery with the new photos.

Chris Evans is trading in his Captain America uniform for his next movie, but he’s still playing a man on a mission.

In Gifted, directed by Marc Webb (500 Days of Summer), Evans stars as Frank Adler, a single man in coastal Florida raising his child prodigy niece, Mary (Mckenna Grace). His efforts to give Mary a normal life despite her mathematical skills run him up against his mother (Lindsay Duncan) and leads to a custody battle over the young girl. Octavia Spencer also appears in the film as Roberta, Frank and Mary’s landlady and best friend, and Jenny Slate stars as Mary’s teacher, Bonnie.

EW can now unveil exclusive new photos from Gifted, which opens in theaters on April 7. Keep clicking for more of Evans, Slate, Grace, and the rest of the cast. 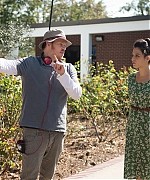 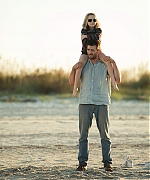 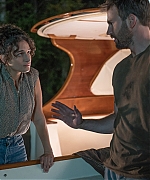 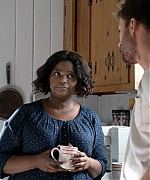 Chris Evans Is Open to Playing Captain America After ‘Avengers 4’