Written by Emily on June 09 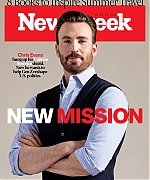 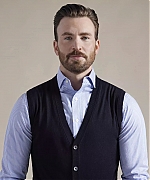 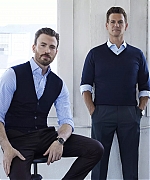 NEWSWEEK – Chris Evans is best known for portraying Captain America, who teams up with other superheroes in the Marvel Cinematic Universe to form the Avengers. In real life, Evans has joined director and actor Mark Kassen and health care entrepreneur and philanthropist Joe Kiani to launch a website and app called A Starting Point, with the aim of getting young people interested in learning more about their elected officials and political issues.

Evans and Kassen met with Newsweek’s David H. Freedman via Zoom to talk about some of the obstacles they’ve had to overcome, the success they’ve had so far and their ambitions for the project.

Newsweek: What were the biggest challenges you faced in getting A Starting Point up and running?

Chris Evans: First we had to collect the interviews. For the first year and a half before we launched, most of what we did was going to Washington, D.C., and knocking on doors to try to collect these interviews. We needed to garner trust.

Mark Kassen: I don’t know if you’re aware of this, but Chris is famous. Sometimes I just forget that, because I’ve known him a long time and to me he’s just a normal person. So I was surprised when we went to D.C. at how excited and nervous people were to meet him. A lot of them told us that celebrities often come to D.C. to try to tell them what to do. They liked that we were asking them to talk about what they think. And they liked that we weren’t just looking for the most exciting, sexy stories. We asked them to talk about some of the issues that are important to them and their states, and that they usually don’t get to talk about.

How a U.S. government database fuels dangerous vaccine misinformation
CE: It’s a lot easier now that word is getting around. These days we’re fielding incoming calls from elected officials who want to be included.

NW: Do you hope A Starting Point can address the extreme polarization among voters and in government?

CE: The site wasn’t designed to try and promote bipartisanship. This isn’t a therapy session for the left and the right so we can all figure out how to sing kumbaya. It was created to promote engagement with young people. If we don’t get more young people to vote we’ll never get a government that accurately reflects who we are as a country. We felt the best way to fight apathy and promote engagement is to show the full spectrum of opinions that are out there. A lot of those opinions are different from mine, but I wanted to keep that out of it and let young people decide for themselves.

MK: The two parties seem to shape the narratives we hear on different media outlets. We wanted officials to talk to us about the issues without the narratives.

CE: Young people can detect journalistic spin as well as anyone can. Our guiding principle—and I think it’s pretty unique to us—is that we provide this information in a completely unbiased way. The content comes directly from elected officials. Mark had a fantastic idea about our doing profiles of different officials, but I was immediately wary, because it would be hard to do that without letting our own opinions affect how we do them. That could be in part because I am so politically vocal on social media, and I want to make sure that I never let that infiltrate this site. I was really worried that we were going to be branded as some sort of a leftist propaganda machine, that there was some sort of a liberal agenda. But that hasn’t happened at all.