Written by Emily on January 26

First Look at Chris Evans in Lobby Hero on Broadway 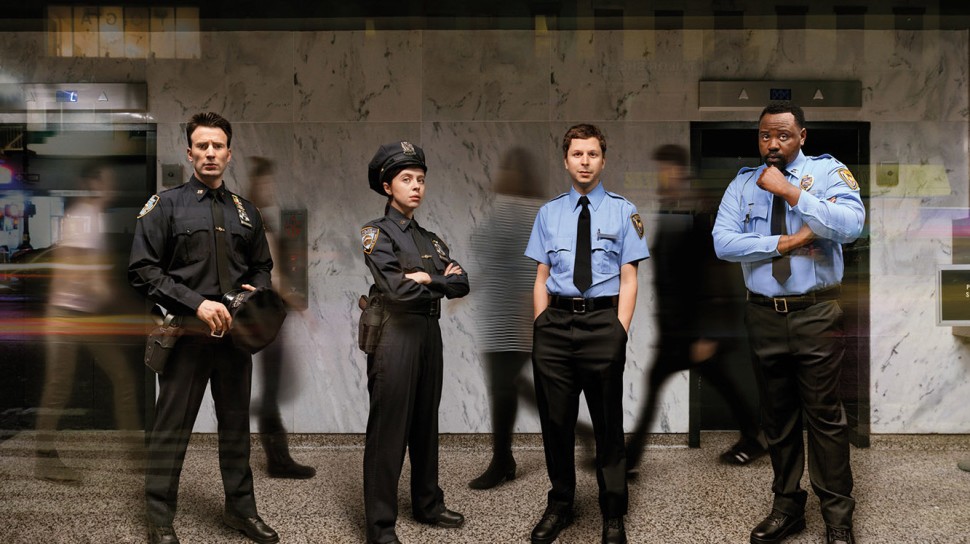 PLAYBILL – Second Stage Theater has released a first-look photo of the cast of Lobby Hero, Oscar winner Kenneth Lonergan’s play that will kick off 2ST’s inaugural Broadway season this spring. Chris Evans will make his Broadway debut in the production alongside Brian Tyree Henry, Michael Cera, and Bel Powley.

Lobby Hero will be directed by Trip Cullman and will begin previews March 1 at the Helen Hayes Theatre. Opening night is March 26.

Lobby Hero premiered Off-Broadway at Playwrights Horizons in 2001. The play tells the story of four New Yorkers involved in a murder investigation in the lobby of a Manhattan apartment complex: a 27-year-old security guard, his stern boss, a young police officer, and her unpredictable partner.