Plot:
A Boston family decides to move to the country and begin a new life after their young son, Sam, is threatened by bullies. When the Docherty family reaches their new home, things aren’t much better. The father, Gary, learns the job he has been promised has been given to a local, and there is a general dislike by the townspeople of the new city folk. Sam adopts a dog and the daughter Courtney finds a new boyfriend, Judd. Things improve for the family, but it is not until Sam commits a daring act of bravery that the Docherty family is finally accepted in their new community. 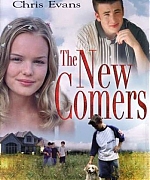