Plot:
21-year-old Annie Braddock (Scarlett Johansson), has just graduated from Montclair State University. Annie has no idea what or who she wants to be. One day, while sitting at the park, Annie sees a young boy about to be hit by a vehicle. Annie saves him and meets the boy’s mother, Mrs. Alexandra X (Laura Linney). When she introduces herself as “Annie”, Mrs. X mistakes her words for “Nanny” and hires her to look after Grayer, the boy she saved. Annie lies to her mother about taking a job at a bank and, in reality, moves in with the X’s to be the nanny for Grayer.

Life with the incredibly privileged X’s is not what she thought it would be, and her life is complicated further when she falls for “Harvard Hottie” (Chris Evans), who lives in the building. Annie begins to notice that not only is Grayer being neglected, but so is Mrs. X, with Mr. X committing subtly obvious adultery and not treating her like a proper wife. Things turn for the worse when she gets fired, and in her rage, she looks for and finds the ‘nanny cam’ in the X’s house and records her feelings toward the X’s. Mrs. X brings the tape to the school meeting for the East side wives. Thinking that the tape will show Annie feeding Grayer peanut butter and jelly, she requests the coordinator to play it for everyone to see. All other parents in the room hear as Annie reveals the real relationship between the X’s.

However, Annie does not stop seeing “Harvard Hottie”, whose real name is Hayden. A few months later, Hayden hands her a letter from Alexandra X. Written in the letter is an apology and news about how Alexandra left Mr. X, Grayer’s improvement and how Annie changed her life. This leads to a happier ending for all. 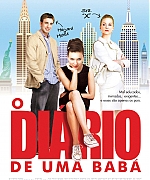 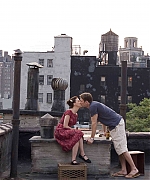 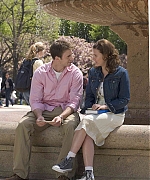 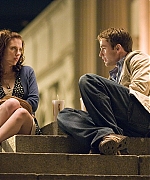