Scott Pilgrim vs. the World

Plot:
In Toronto, 22-year-old Scott Pilgrim, bass guitarist of Sex Bob-omb, is dating high schooler Knives Chau, to the disapproval of his friends. Scott meets an American Amazon.ca delivery girl, Ramona Flowers, having first seen her in a dream, and loses interest in Knives. As Sex Bob-omb plays in a battle of the bands sponsored by one “G-Man Graves,” Scott is attacked by Ramona’s ex-boyfriend Matthew Patel. Scott defeats Patel and learns that, in order to date Ramona, he must defeat the remaining six evil exes. He had previously been made aware of this in an email that he received from Patel, warning him of the attack, but dismissed it as “boring.”

Scott breaks up with Knives, who blames Ramona for taking Scott from her and swears to win him back. Scott defeats Ramona’s second and third evil exes, Hollywood actor and skateboarder Lucas Lee, and vegan Todd Ingram, who is dating Scott’s ex-girlfriend, Envy Adams. After he defeats Ramona’s fourth ex, Roxy Richter, Scott becomes upset by Ramona’s dating history.

At the next battle of the bands round, Sex Bob-omb battles Ramona’s fifth and sixth evil exes, twins Kyle and Ken Katayanagi, earning Scott a 1-up. Scott sees Ramona together with her seventh evil ex, Gideon, who is sponsoring the event. Sex Bob-omb accept Gideon’s record deal, except for Scott, who leaves the band.

Gideon invites Scott to his venue, the Chaos Theater, where Sex Bob-omb is playing. Scott arrives and challenges Gideon to a fight. Knives fights Ramona over Scott, and Scott accidentally reveals that he dated them concurrently. Gideon kills Scott. Ramona visits Scott in limbo and reveals that Gideon has implanted her with a mind control device.

Scott uses the 1-up to restore his life. He makes peace with his friends and challenges Gideon again, initially disarming Gideon with the sword he gained for earning the Power of Self-Respect. He apologizes to Ramona and Knives for cheating on them, and Scott and Knives team up to defeat Gideon.

Free from Gideon’s control, Ramona prepares to leave. Knives accepts that her relationship with Scott is over and encourages him to follow Ramona. 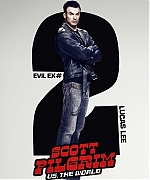 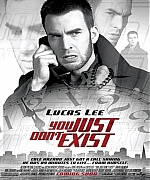 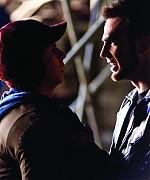 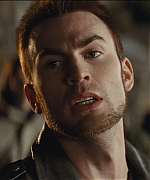