Plot:
An organization within the United States government called the Division has been secretly experimenting on people with psychic abilities since 1945. Two “Movers”, Nick and his father Jonah, are running from the Division. Jonah tells Nick of a vision he received from a “Watcher” about a young girl he must help in the future in order take down the Division. Jonah helps Nick escape as Agent Carver of the Division arrives and kills Jonah.

Ten years later, the Division tests a power boosting drug on a “Pusher” named Kira. Rendering the doctor unconscious, Kira steals an augmentation drug-filled syringe before escaping. In Hong Kong, Nick is hiding as an expatriate. A young girl, Cassie, arrives at Nick’s apartment, explaining that she is a Watcher and that they are going to find a mysterious case that will help them take down the Division. Following Cassie’s predictions, they go to a nightclub to meet Nick’s friend Hook, who is a “Shifter”. He tells them to go to Emily, a “Sniff” who helps them find Kira (who knows where the case is). Nick and Cassie find Kira, who had a romantic relationship with Nick. They recruit a “Shadow” named Pinky to hide Kira from the Division, and Cassie finds a key in Kira’s shoe to a locker in which Kira hid the case.

Nick devises a complex plan that involves a “Wiper” erasing his memories of his plot so no one can suspect what they are planning. Meanwhile, Hook retrieves the case, which has the syringe Kira stole. Hook duplicates another case to match the real case with the syringe. As part of the plan, Kira surrenders herself to Agent Carver, who introduces himself to Kira as a friend, stating that her memories of being in a relationship with Nick are false and that she is actually a Division agent who volunteered to take the augmentation injection and suffered amnesia.

Nick goes to retrieve the augmentation drug but is confronted by Carver and Kira, who force him to take them to the construction site that contains the locker holding the case. But they are ambushed by the Triads, and in the midst of the fight Nick grabs the case and jams the syringe into his arm, apparently killing himself. After the fight ends and Carver leaves with Kira, Nick wakes up. Cassie appears, and retrieves the true case with the syringe, revealing that Nick took the duplicated case and injected himself with soy sauce, as they had planned. Cassie deduces that they will soon see Kira again.

Flying back to America with a sleeping Carver, Kira opens her purse and finds an envelope from Nick. She opens it and finds a photograph of herself and Nick in a relationship. A message written on the photo says “KILL HIM. See U soon – Nick.” Kira’s voice is heard saying “Put your gun in your mouth”, as the screen fades to black; after which a single gunshot is heard. 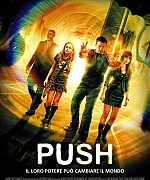 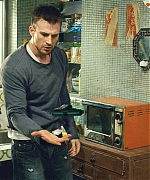 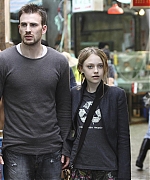 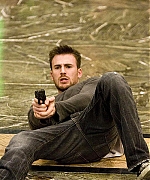