Plot:
Syd (Chris Evans) receives a phone call from a friend informing him that his ex-girlfriend London (Jessica Biel) is having a going-away party before she moves to California with her new boyfriend in a few days. Syd, who has been deeply depressed since London dumped him, flies into a rage upon hearing the news, and wrecks his apartment. He decides to go to the party uninvited, bringing along Bateman (Jason Statham), a banker who delivers cocaine to Syd as a favor to their mutual dealer.

After arriving at the party at the condominium belonging to the parents of club girl Rebecca (Isla Fisher), Bateman and Syd install themselves in the bathroom, where they snort line after line of cocaine, guzzle tequila and discuss love, sex, God, women and pain. Over the course of the night and a massive pile of blow, Bateman tells Syd to get on with his life.

The private party-within-a-party is soon joined by Maya (Kelli Garner) and Mallory (Joy Bryant), who feign sympathy for Syd to grab some free cocaine. When Syd learns that London has arrived, Bateman challenges him to go out and talk to her.

After a heated confrontation in the middle of the party, Syd and London decide to leave to talk somewhere more private. As they are leaving, a fight ensues in which Syd and Bateman fight the other male guests, barely making it out of the party. London and Syd make up in Syd’s car, and later they have sex in London’s apartment. In the last scene, at the airport, Syd tells London he loves her. Although this impresses London, she still leaves him. 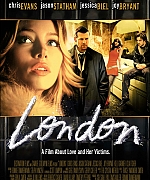 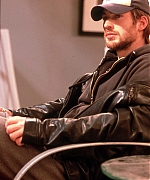 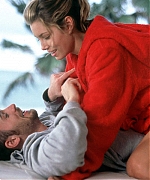 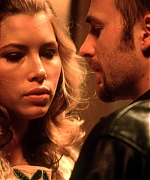