Plot:
Trapped in his drug-dependent mother, Liz’s (Diane Lane), Lower East Side apartment, 16-year-old Finn Earl (Anton Yelchin) wants nothing more than to escape New York. He wants to spend the summer in South America studying the Ishkanani Indians (known as the “Fierce People”) with his anthropologist father whom he’s never met. Finn’s plan has to change after he is arrested when he buys drugs for Liz, who works as a massage therapist. Determined to get their lives back on track, Liz moves the two of them into a guesthouse for the summer on the country estate of her ex-client, the aging billionaire, Ogden C. Osbourne (Donald Sutherland).

In Osbourne’s world of privilege and power, Finn and Liz encounter the super rich, a tribe portrayed as fiercer and more mysterious than anything the teenager might find in the South American jungle. (Dirk Wittenborn, the author of the novel on which the film is based, grew up in a modest household and felt like an outsider among the super rich in an upper-crust New Jersey enclave.[2])

While Liz battles her substance abuse and struggles to win back her son’s love and trust, Finn falls in love with Osbourne’s granddaughter, Maya Langley (Kristen Stewart). He befriends her older brother, Bryce Langley (Chris Evans); and wins the favor of Osbourne. When violence ends Finn’s acceptance within the Osbourne clan, the promises of this world quickly sour. Both Finn and Liz, caught in a harrowing struggle for their dignity, discover that membership in a group comes at a steep price. 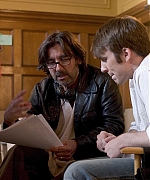 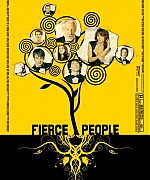 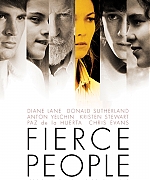 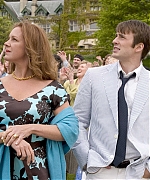