You might have thought that Chris Evans and Chris Pratt just played superheroes in the movies, but you would have been wrong. These guys really are superheroes.

After the Patriots won, Pratt quickly honored his portion of the bet and made a trip to Christopher’s Haven as Star-Lord with Chris Evans. And Evans announced that the duo would be visiting Seattle Children’s Hospital as well.

Earlier today, Evans dressed as Captain America visited Seattle Children’s Hospital with Pratt. We’ve embedded some photos below of Evans and Pratt at the hospital.

I have added some photos of Chris attending the 2nd Annual Hollywood Heals: Spotlight On Tourette Syndrome yesterday, March 5th! 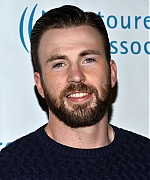 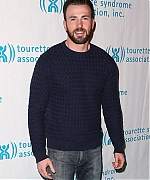 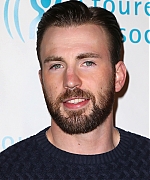 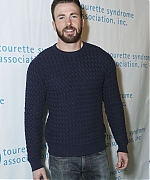 Chris Evans Leads the Charge Into the Age of Ultron

After helping take down a corrupted S.H.I.E.L.D., Captain America now finds himself helping to keep the world safe with his fellow Avengers…and the Earth needs them now more than ever before.

With the rise of a new villain in Marvel’s “Avengers: Age of Ultron” May 1, Chris Evans leads the team once more as the Fighting Avenger. The malevolent artificial intelligence Ultron has designs for humanity—namely, wiping it off the face of the Earth—and in the absence of S.H.I.E.L.D., only the Avengers can step in to stop him.

In “Marvel’s The Avengers,” the team fell under the jurisdiction of S.H.I.E.L.D. and Nick Fury. Now, without Fury in the picture, Cap finds himself with even more responsibility as the team’s leader.
“The team doesn’t have anyone to report to now,” Evans points out. “There’s no more S.H.I.E.L.D., so we’re all kind of depending upon one another. But that gives him an opportunity to take more of a leadership role, since there’s no one else giving him orders, he doesn’t have to question the chain of command or anyone’s motives, but it does mean he needs to rely on his team a lot more. It’s added a little bit more tension to the actual dynamic of the Avengers.”

According to Evans, Earth’s Mightiest Heroes come together once more “out of necessity” as their latest adventure picks up.

“Once S.H.I.E.L.D. fell, [that] affected everybody,” the actor elaborates. “There is something that affects all of us that requires us to come back together and fight as a unit. Cap’s just more than willing to take a leadership role. He’s been in wars. He understands the dynamic of a team. He’s not doing it out of arrogance or ego, he’s doing it out of necessity and functionality.”

While some fans might expect friction between some of the Avengers over who should lead the team, Evans sees it as more about each character understanding their role within the whole.

“Certain people are moving on into different things,” explains Evans. “So for someone like Tony, maybe he may not want to be anything but the front man. But there are people like Thor, [who’s] a soldier. I mean he’s just a soldier in another world, so there’s an understanding between those two men, Captain America [and] Thor. Same with Hawkeye. These guys have all been in battle, so I think for the most part, there aren’t as many conflicting egos in terms of who’s leading this crew. It’s more personal conflicts and more personal questions about who they are as people and what they’re looking for and what makes sense, and what’s right and wrong.”

“Avengers: Age of Ultron” marks the fourth time Evans has picked up the shield as Captain America, and after so many times in Cap’s suit the actor has developed a deeper understanding of the character.

“You know, the first movie, you’re terrified,” recalls Evans. “The second [time] you’re just intimidated because there are so many great people [in ‘Marvel’s The Avengers’]. But by ‘Captain America: The Winter Soldier’ is when you really start hitting your stride and feeling like you’re making some core progress with the character, and you get a little more comfortable speaking up when you have opinions. The Russo [brothers, directors of ‘Captain America: The Winter Soldier’] are so great and I love that movie, and it all just kind of worked out in terms of the evolution of my personal connection with character.”
END_OF_DOCUMENT_TOKEN_TO_BE_REPLACED

“Avengers: Age of Ultron” ET On Set & Behind The Scenes

Marvel has released the third trailer for “Avengers: Age of Ultron!” Check it out below!

A new poster of Chris as Captain America in “Avengers: Age of Ultron has been released! You can check out the full high quality version in our gallery by clicking the preview below!

Marvel has just recently released the official poster for “Avengers: Age of Ultron!” Check it out below!

Chris Evans attended the 87th Annual Academy Awards yesterday, February 22nd. I have added high quality photos from his arrivals, backstage, presenting during the show, and the press room! I will try to have more photos added tomorrow! 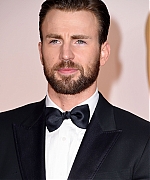 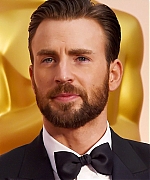 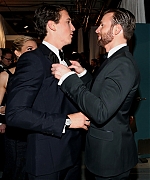 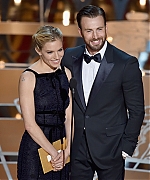 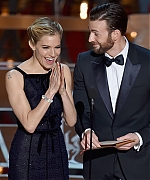 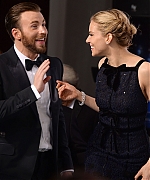 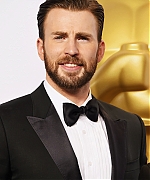 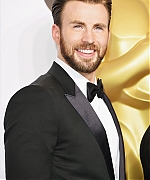 I have added 2 photos of Chris from the rehearsals for the 87th Academy Awards yesterday. The awards are tonight at 7pm ET/4pm PT! 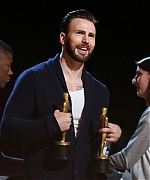 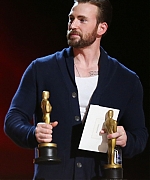