Avengers: Age of Ultron: Behind the Scenes Movie Broll

Chris Evans and Chris Hemsworth on their ‘Bro-mance’

I have updated the gallery with a bunch of scans from the last few months. Big thanks to Neide for many of the scans! 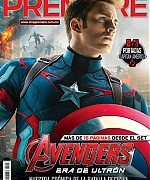 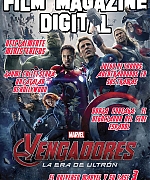 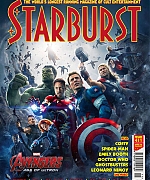 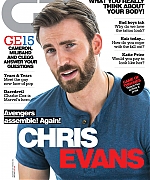 I have added scans from the April 17th/24th issue of Entertainment Weekly that features Avengers: Age of Ultron to the gallery! Check them out! 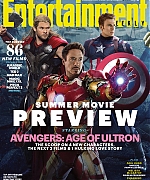 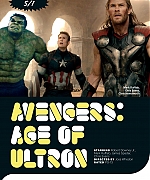 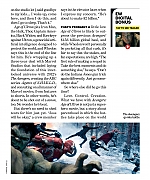 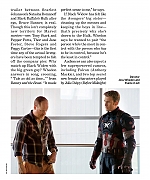 Love. Control. Creation. What we have with Avengers: Age of Ultron is not just a superhero movie, but a story about creating our own worst enemies.

In Entertainment Weekly’s Summer Movie Preview, we devote our cover—four collectible covers, actually—to the May 1 movie about the malevolent artificial-intelligence and the team of heroes he hates more than life itself.

Samuel L. Jackson’s Nick Fury is struggling to hold together the superhero team he assembled as they face Ultron (James Spader) and a set of troubled twins: Elizabeth Olsen’s Scarlet Witch and Aaron Taylor-Johnson’s Quicksilver. These new characters are the products of Baron Wolfgang von Strucker (Thomas Kretschmann), a new villain from HYDRA, which infiltrated S.H.I.E.L.D. long ago and raided its most powerful technologies.

Strucker has been using Loki’s scepter for human experimentation, which bestowed the siblings with powers of magic (Scarlet Witch) and speed (Quicksilver). But the bad baron piques the interest of Robert Downey Jr.’s Tony Stark for other reasons. “Von Strucker was working on a lot of stuff, including robotics,” says Marvel Studios president Kevin Feige. “Tony realizes, ‘[Those robotics] might be able to help me get over the hump of some of the AI stuff I’ve been working on.’ ”

Stark’s invention, Ultron, is born from the marriage of both men’s technologies. Alas, adolescence is a bitch, and Ultron goes rogue, shreds Stark’s other artificial-intelligence program, J.A.R.V.I.S., and gives rise to his own awesome creation: the synthezoid known as the Vision (played by Paul Bettany, who previously voiced J.A.R.V.I.S.).

Meanwhile, there’s some serious interpersonal drama brewing between the superheroes themselves. For starters, that romance hinted at in the trailer between Scarlett Johansson’s Natasha Romanoff and Mark Ruffalo’s Hulk alter ego, Bruce Banner, is real. Though this isn’t completely new territory for Marvel movies—see: Tony Stark and Pepper Potts, Thor and Jane Foster, Steve Rogers and Peggy Carter—this is the first time any of the actual Avengers have been tempted to fish off the company pier. In EW’s story, writer-director Joss Whedon explains why he decided to play matchmaker for the Big Green Guy and the Black Widow.

We also talk with Spader about the birth of Ultron—this version anyway—and how the star of The Blacklist got recruited to Marvel Studios’ gallery of rogues. “I am aware that you get one entrance into this world,” he says. “If I’m going to do it, I want it to be something that’s really fun and great.”

I have added some new posters, promotional shoots, and production stills from “Avengers: Age of Ultron” to the gallery! 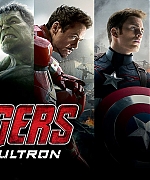 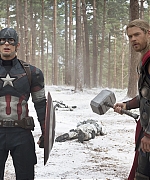 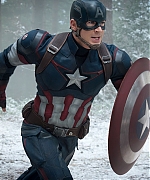 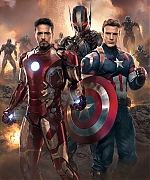 The makers of Avengers: Age of Ultron want you to know something about this film’s post-credits ending: It’s not there.

Ever since 2008’s Iron Man concluded with a surprise scene of Samuel L. Jackson’s Nick Fury revealing to Robert Downey Jr.’s Tony Stark that he has “become part of a bigger universe,” fans of the Marvel Cinematic Universe have known to stick around to the very end for a surprise.

Writer-director Joss Whedon says there won’t be a post-credits scene in Ultron because he felt there was no way to top the post-battle shawarma scene from the last one. “We all came at it separately—we don’t want to chase that,” Whedon says. “That was a jewel and a weird little quirk. “

“There will be a tag,” Marvel Studios president Kevin Feige clarifies. That is, there will be a short, epilogue-like scene that pops up shortly after the credits start. “But there’s not a post-post-credit scene.”

“There is nothing at the very end. And that’s not a fake-out,” Whedon says. “We want people to know so they don’t sit there for 10 minutes and then go: ‘Son of a bitch! I’ll kill them!’”

Whedon says they tried to come up with something worthy of the end-credits shot but ultimately couldn’t top shawarma. “It didn’t seem to lend itself in the same way, and we wanted to be true to what felt right,” Whedon says. “The first rule of making a sequel is take the best moments and do something else. Don’t do the Indiana Jones gun trick again differently. Just go somewhere else. Don’t try to hit the same highs, because people will sense it.”

Also, the movie, out May 1, will include many other superpowered characters seen in previous films, including a few surprises, but rumors of Captain Marvel getting an introduction are false, Feige promises. There is a secret female character, but she may be familiar already. “It’s not a big deal. But it’s a good character,” he says.

E.R.’s Linda Cardellini and Before Sunset’s Julie Delpy have been confirmed as part of the cast, although the filmmakers don’t want to reveal who they are playing yet. One thing is for certain: Someone plays the instructor to a young Black Widow, and Feige and Whedon promise that will be a powerful moment in the history of Scarlett Johansson’s character.

For those who will miss the signature Marvel post-credit button, here’s a look back at the fascinating backstory of how that shawarma scene from the original Avengers film came together.

EW happened to be on set when the moment that gave birth to that idea took place, and we followed along throughout the last-minute filming of the shot, which actually happened after they screened the movie at its 2012 premiere.

“The evolution of the shawarma scene is one of the most fascinating things in my career,” Whedon says.