Captain America probably isn’t in Spider-Man: Homecoming as much as you think

RADIO TIMES – In a world of leaks, huge anticipation and rabid online fanbases it’s perhaps unsurprising that Captain America star Chris Evans likes to keep a lid on his upcoming appearances in Marvel’s superhero movie universe, with the US star remaining tight-lipped about his role in Avengers: Infinity War and other Marvel movies.

“I think Marvel has like a sniper on me at all times,” Evans told RadioTimes.com. “You know that.

“You’ve done enough of these interviews to know that I can’t answer anything having to do with Marvel!”

However, there was one thing Evans WAS willing to admit – just how little he knew about one of the films he’d be appearing in soon, specifically Tom Holland-starring reboot Spider-Man: Homecoming.

You see, for months many fans have assumed that Evans’ Captain America would play a decent-sized role in the upcoming movie, with the actor said to have been filming with Iron Man star Robert Downey Jr in Atlanta and a trailer teasing his appearance by including a pre-recorded school gym class video featuring the WWII hero.

But now Evans has told us that we won’t be seeing Steve Rogers fight villains or lay down some wisdom for Peter Parker in Spider-Man: Homecoming after all – because he actually only filmed that video cameo and not much else.

“Spider-Man? I have no idea what it’s about,” Evans said. “I really don’t. I didn’t read the script, I did that [cameo]…recently!

“I have literally NO idea what it’s about. I have no idea.”

Now of course it could be that Evans is lying and Captain America will play a more substantial role in the new film – but given how prominent Downey Jr’s Tony Stark has been in recent trailers, it’s looking increasingly likely that Cap is tapped out for this one.
END_OF_DOCUMENT_TOKEN_TO_BE_REPLACED

Hello Chris fans! I’m sorry for the delay with this week’s updates. I know Chris was out several times this week. I will work on catching up the site! First, I have added high quality photos of Chris from his appearance on Jimmy Kimmel Live on Monday to the gallery! You can also watch clips from his interview below! 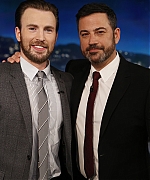 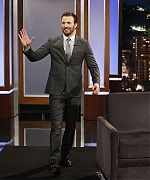 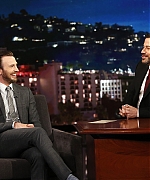 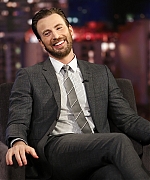 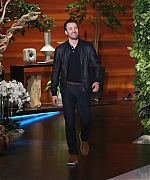 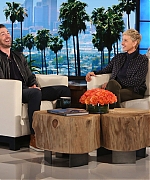 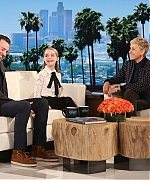 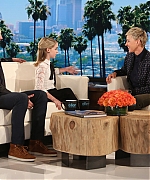 Chris Evans’ Favorite Birthday Was at the Roller Skate Rink

Chris Evans & the “Captain America: Civil War” Cast Play “Superhero Would You Rather?”

Chris did an interview with his “Captain America: Civil War: co-stars. You can check out a photo Chris did thanks to Aurélie and check out the interview below! 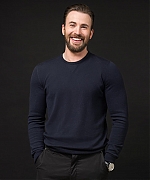