Plot:
Ally Darling (Anna Faris) is a thirty-something woman who is struggling to make better decisions with her life. Her boyfriend Rick (Zachary Quinto) breaks up with her when she asks him to attend her sister Daisy’s (Ari Graynor) upcoming wedding, and she then gets laid off from her job. While taking the subway home, Ally comes across a Marie Claire magazine article entitled “What’s Your Number?”, which says that women who have more than twenty lovers in their lifetime have difficulty finding a husband. After making a list of all the men she slept with, she realizes that her number is nineteen, making her decide not to have sex with anyone else until she finds “the one”. She then wakes up after Daisy’s bachelorette party and discovers that she hooked up with her ex-boss Roger (Joel McHale). Hoping to miss an awkward confrontation, Ally lets her neighbor Colin Shea (Chris Evans) into her apartment so that way Roger will leave. It turns out that Colin was only over to avoid a girl that he slept with, because he doesn’t want to give the women he sees any expectations. Ally then runs into “Disgusting Donald” (Chris Pratt), her once overweight ex-boyfriend who’s now successful and good-looking. She decides to track down all of her ex-boyfriends in the hope that one of them will have grown into the man she wants to marry, and therefore the number of men she has slept with will never have to increase. She gets help from Colin in exchange for letting him stay in her place after his one-night stands, but things do not quite work out the way she had expected and Ally remembers why it didn’t work out with those men in the first place. After a falling out with Colin, Ally thinks she finally finds her match – an old flame, Jake Adams (Dave Annable). She attends her sister’s wedding with Jake only to realize that the man she truly loves is Colin. Ally runs across the city to find Colin and the two reunite with a kiss. Afterwards, Ally gets a call from an old boyfriend (Aziz Ansari) telling her that they in fact did not sleep together. Ally rejoices in the fact that Colin is indeed the 20th and last man she ever slept with. 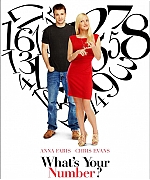 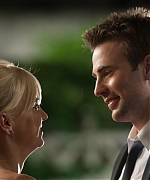 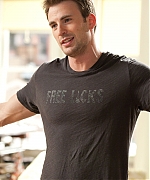 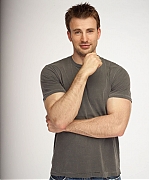