Plot:
The world’s most famous team of astronauts-cum-superheroes returns in the effects-heavy sequel Fantastic Four: Rise of the Silver Surfer. As the story opens, Sue Storm (aka The Invisible Girl ) and Reed Richards (aka Mr. Fantastic ) prepare for their upcoming, superhero-studded wedding celebration. But Reed cannot stay focused on the nuptials — he’s distracted by wire reports of a bizarre, comet-like object hurtling toward the Earth with tremendous force, triggering brownouts, blackouts, tropical storms, and various other climatological disasters. When the said object hits the island of Manhattan, destroying much of the city in its wake, its identity becomes resoundingly clear. “It” is actually a “he” — a psychotic villain known as The Silver Surfer (voice of Larry Fishburne) who intends, for some unascertainable reason, to destroy much of the Earth, just as he obliterated dozens of planets before it. Feeling compelled to rally their old gang and save the day, Sue and Reed summon Ben Grimm (aka The Thing Larry Fishburne) and Johnny Storm (aka The Human Torch Larry Fishburne) to take on the Surfer — and end up battling not only him, but an obnoxious Army general (Andre Braugher) and the cantankerous Victor Von Doom (Julian McMahon), who has broken out of his icy prison that held him captive at the end of the first movie. Tim Story returns to direct this sequel. 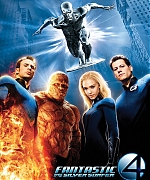 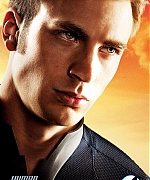 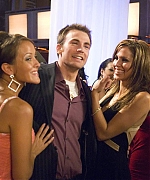 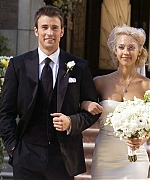