Written by Emily on March 15 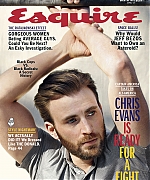 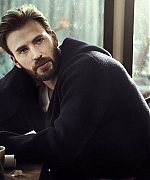 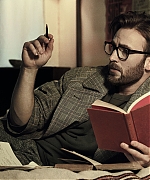 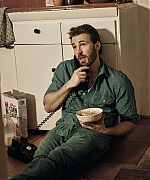 ESQUIRE – The Canadian commandos are the first to jump. Our plane reaches an altitude of about eight thousand feet; the back door opens. Although it’s a warm winter day below in rural southern California, up here, not so much. In whooshes freezing air and the cold reality that this is actually happening. Out drop the eight commandos, all in black-and-red camouflage, one after the other. For them it’s a training exercise, and Jesus, these crazy bastards are stoked. The last Canuck to exit into the nothingness is a freakishly tall stud with a crew cut and a handlebar mustache; just before he leaps, he flashes a smile our way. Yeah, yeah, we get it: You’re a badass.

Moments later, the plane’s at ten thousand feet, and the next to go are a Middle Eastern couple in their late thirties. These two can’t wait. They are ecstatic. Skydiving is clearly a thing for them. Why? I can’t help thinking. Is it like foreplay? Do they rush off to the car after landing and get it on in the parking lot? They give us the thumbs-up and they’re gone.

Just like that, we’re at 12,500 feet and it’s our turn. Me and Chris Evans, recognized throughout the universe as the star of the Marvel-comic-book-inspired Captain America and Avengers movies. The five films in the series, which began in 2011 with Captain America: The First Avenger, have grossed more than $4 billion.

The two of us, plus four crew members, are the only ones left in the back of the plane. Over the loud drone of the twin propellers, one of the crew members shouts, “Okay, who’s going first?”

Evans and I are seated on benches opposite each other. Neither of us answers. I look at him; he looks at me. I feel like I’ve swallowed a live rat. Evans is over there, all Captain America cool, smiling away.

Read more at the source!